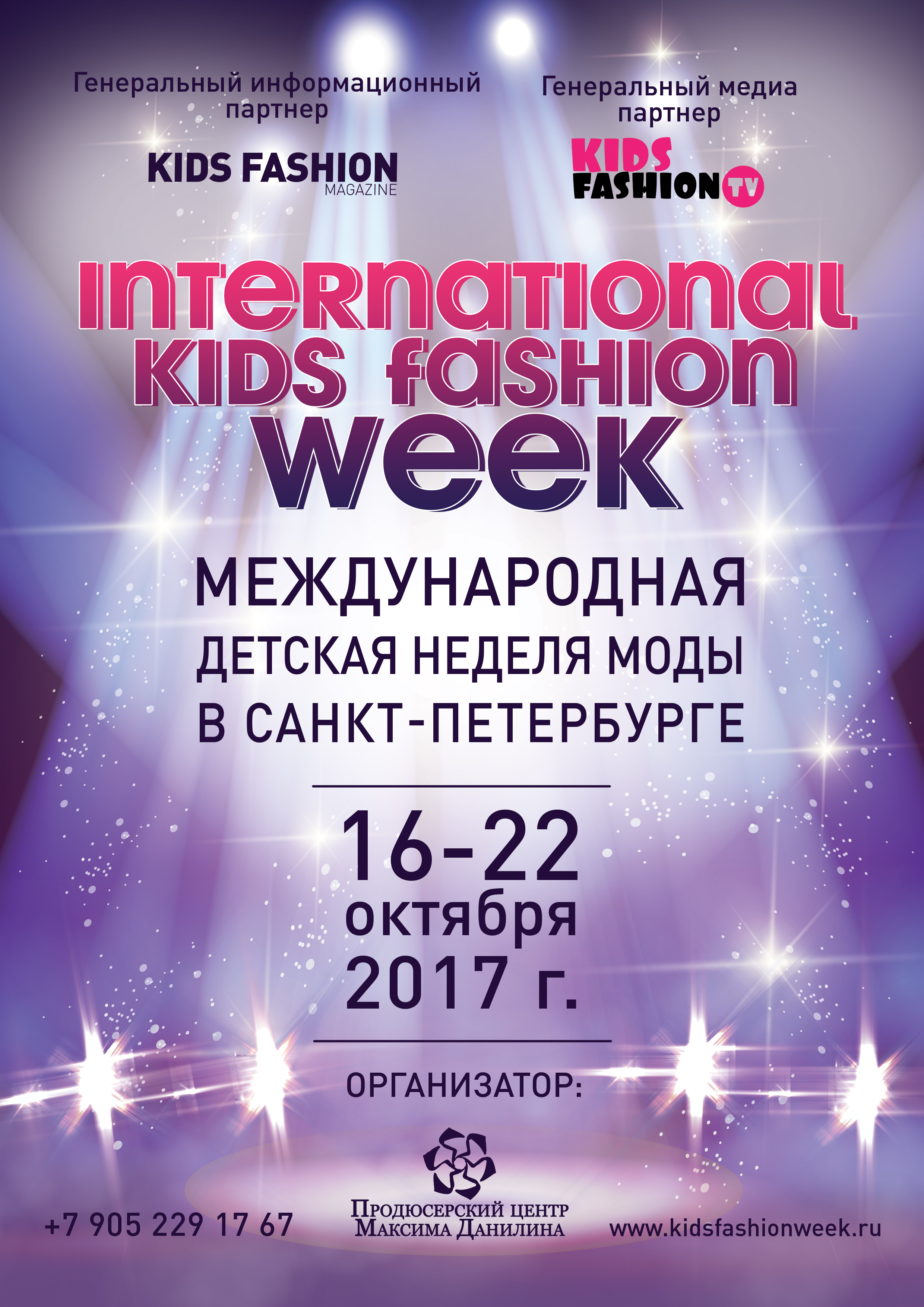 INTERNATIONAL KIDS FASHION WEEK is the largest and most significant event in the field of kids fashion.

St. Petersburg is the center of fashion! It is under this motto that the International Children's Fashion Week is held INTERNATIONAL KIDS FASHION WEEK. Within the framework of the Week, children's clothes will be shown in absolutely different styles: from school uniform to elegant evening dresses.

Within the Week, designers and brands from Russia, Italy, Spain, France, Kazakhstan and other countries will present their collections.

According to the results of the spring season of the International Kids Fashion Week, which took place in St. Petersburg from April 12 to 16, 2017, more than 600 children-models who came from 63 cities of Russia, as well as from other countries, took part in the project. For 4 days of podium shows, their collections were shown by 31 brands of children's clothing and accessories in Russia, Italy, Spain, France, England, Kazakhstan and other countries.